5 Parks In La Porte, IN For That Perfect Senior Group Outings 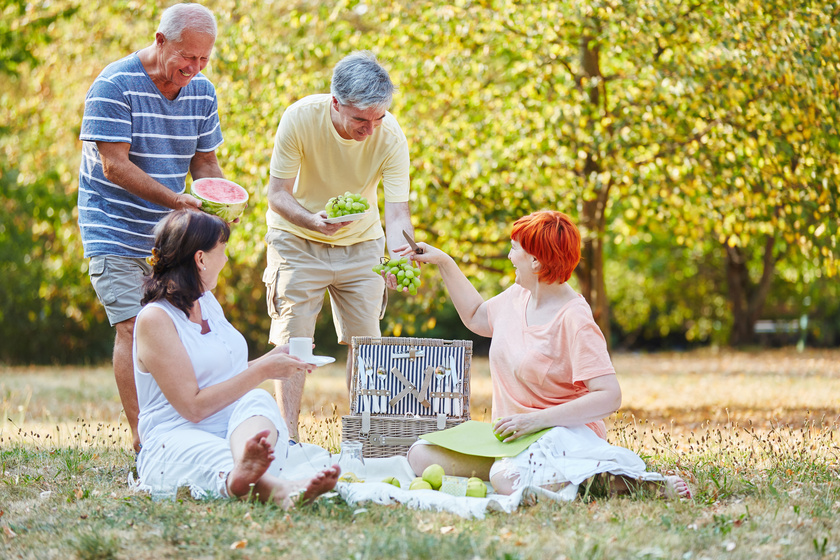 Aging adults who engage in regular physical activities reap numerous health benefits. Luckily, elderly persons have access to available spaces and opportunities for physical activity in their neighborhood parks. If you are looking for a park for group outings with fellow retirees, here are five parks in La Porte, IN you can explore.

As a gift from the Unity Foundation of La Porte County, Unity Park was dedicated to the city in 2016. The 2-acre park is located off Pine Lake Avenue on the edge of Pine Lake, where the lake’s north and south parts converge. Popular passive activities at the park include fishing from the seawall and taking in breathtaking sunsets and lake breezes which are great for group outings. Amenities at the park include ADA Compliant, benches, picnic areas, a parking lot, outdoor equipment, and water fountains.

This park, which had only 15 acres when it opened in 1911, has now expanded to 170 acres of magnificent splendor. The hills covered with mature oak, hawthorn, and wild apple were made even more beautiful in the early 1900s by the planting of flowers, shrubs, and trees. The entire park has been manicured, and walking trails have been created.

A portion of the park’s overall area of around 100 acres is made up of Clear Lake. Fox Memorial Park is one of La Porte’s best parks, and much of its natural beauty may still be seen there. The park offers several activities and recreational facilities including a picnic area, boating, fishing, a skate park, grills, playgrounds and many others.

On the southern edge of the city, there is a 6-acre neighborhood park called Allesee Park. It was built next to a housing subdivision to give the area recreational amenities. The Allesee family’s contribution enabled improvements to be completed in 2000, which included building a new shelter and a walking route. The La Porte Park Foundation provided funding in 2016 to rebuild the playground. Amenities in the park include a basketball court, playground, benches, walking trails, shelter and others.

Clarke Park sits on 6 acres spread across two square blocks which were given to the city in the late 1930s. Typically, big, mature fir evergreen trees that offer a barrier to the nearby residential areas surround the park. The baseball field has been upgraded, a grass infield with irrigation has been built, and fencing has been put in place, making the first part of the project almost complete.

The southernmost point of the city is where Kesling Park is situated. The Kesling family first donated a tiny 2-acre plot of property in the 1970s, and it has since expanded to its current size of 90 acres via further gifts. Through the utilization of funding programs for parks and leisure, the park was constructed in three stages.

The contemporary amenities, which include four baseball diamonds, six tennis courts, a walking and nature trail, soccer fields, a sledding hill, and picnic shelters, are appreciated by the locals of La Porte and the other municipalities. The park also has the Healthcare Foundation of La Porte Fitness Court, which is now being erected along 18th Street, and Fort La Play Porte, a sizable communal playground completed in 1999. Other features of the park include restrooms, nature trails, grills, parking, and many others.

How Dementia Facilities In Griffith, IN, Can Help Seniors Stay Active
October 5, 2022

Tips To Find The Right Senior Lifestyle Options For You
September 30, 2022

The Highlights Of Living In Fishers, IN
September 27, 2022

Why Is A Senior Home With Outdoor Living Popular Among Seniors?
September 24, 2022

How To Celebrate Christmas At Assisted Living Centers In Michigan City, IN
September 15, 2022

Are You Thinking About Retiring In Carmel, IN?
September 12, 2022
Our Senior Living Community
Go to Top
Reveal Pricing
Schedule a Tour
Contact Us