A List Of Online Games You Can Play With Your Grandkids 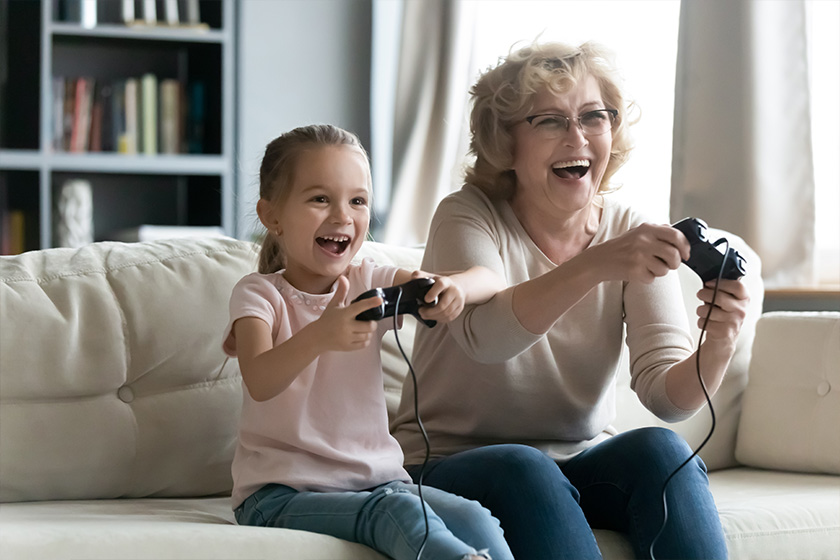 While online games are usually associated with people born during the 1980s, 1990s, and 2000s, a growing number of retirees over the age of 65 want to play them with their grandchildren. These games provide numerous advantages, such as bringing people together and allowing them to play without having to be in the same building, city, state or even country. Below is a list of the best online games to play with grandkids.

Battleship is one of America’s oldest board games, with Milton Bradley first releasing it in 1967. However, it has its origins in paper and pencil games which were played as far back as World War 1. It will be recognizable to most grandparents, and the franchise has continued to evolve over the decades, appearing in film, and can now be played in a digital online format. It is a competitive title that requires strategic thinking.

Mario Kart is one of the biggest franchises from Nintendo. The game revolves around racing in an exciting and colorful format and now appears on apps such as Android and IPhone. It features multiple tracks where users can race with a maximum of seven friends but everyone will need to have an account with Nintendo.

While bingo is widely regarded as a fun game that can be enjoyed by people of all ages, it’s actually more than that. It also enables players to practice their memory recollection, coordination and cognitive function, attributes which will benefit both elders and their grandchildren. It comes in two versions, American and British, and involves an element of chance. It is one of the oldest games on this list, having first been released in 1929, but like Battleship has evolved over the decades and now includes digital versions.

This is a popular numbers game which involves players filling out corresponding boxes, columns and rows using numbers that range from 1 to 9. It is a Japanese game that will be familiar to those who’ve lived and worked in Japan, and has been in existence since the 19th century, though it didn’t become popular in the West until around 1979 when it begin to appear inside puzzle books. Its popularity has continued to increase over the decades and there are now computer programs that can quickly create puzzles which are totally unique.

Like Battleship, this game was also published by Milton Bradley, but was first introduced in 1988. It involves creative thinking where the goal is for two to six players to earn points through distinctly naming different objects inside a category set after being given a new letter within a specific time frame.

Scattergories is actually derived from an older game named Categories. It is playable within three round sets, and every player gets a folder along with three category cards and their answering pad. It takes about one to three minutes to set up a game with a play time that is about three minutes for each round.