The Correlation Between Alzheimer’s Disease And Seniors’ Communication Skills 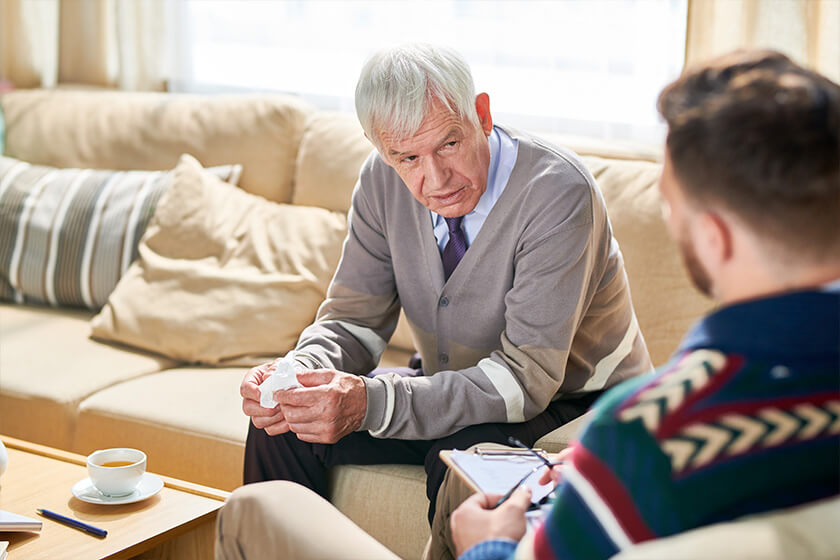 When one develops memory-related conditions such as Alzheimer’s disease, they may find it difficult to not only remember events that have happened in a short span of time, but they may also suffer from impairments in certain human abilities and skills such as communication. As such, it is not uncommon to find difficulty in communicating with those diagnosed with Alzheimer’s disease. Symptoms of Alzheimer’s disease are also closely related to a decline in communication skills, such as confusion during a conversation, word loss, decreased speech, as well as inability to follow a storyline. If you suspect that your loved one may be suffering from Alzheimer’s disease, it is imperative to take the necessary steps to ensure proper memory care to prevent the condition from worsening.

Read on to learn more information about the correlation between Alzheimer’s disease and communication skills as well as techniques for effective communication.

Issues in Alzheimer’s disease tend to arise from the region of the brain where nouns are stored, which is the left area of the temporal lobe. As such, it is not uncommon for patients with Alzheimer’s disease to either use the wrong word choice or forget certain words completely, including simple objects and even the names of familiar persons.

When facing such a situation, it is important to respond with curiosity instead of frustration. This way, you can better understand what the other party is trying to convey and also avoid unpleasant emotions. However, you should also take notice to respond with compassion so that their dignity is still retained. If you respond with frustration or language that emphasizes the person’s forgetfulness or foolishness, it can cause them to have lower self-esteem or even depression.

If you are taking care of people diagnosed with Alzheimer’s disease with no prior experience, it can be difficult to recognize the emotions they are trying to convey to you. Instead of looking out for words, take extra notice of their behavior and emotions. With the difficulty they face in finding the right words, their behavior is more likely to convey what is on their minds.

For instance, when a caregiver tries to provide personal care to patients with Alzheimer’s disease such as bathing, eating, or toileting too quickly, they might not be able to process what is happening and become frustrated. This can then result in resistance, aggression, or even anger. When caretakers are not able to recognize this phenomenon, it can be extremely difficult for patients with Alzheimer’s disease to place trust in caregivers, ultimately resulting in a lower quality of life and making them have a negative outlook on life.

As such, it is imperative that people diagnosed with Alzheimer’s disease receive the proper care to not only prevent the condition from worsening but also ensure that they enjoy and maintain a high quality of life. This can be achieved through active planning of suitable activities and programs such as those offered by Rittenhouse Village at Portage.

7 Reasons Why You Should Move To A Senior Living Center In Gary, IN During Winter
October 8, 2022

How Dementia Facilities In Griffith, IN, Can Help Seniors Stay Active
October 5, 2022

Tips To Find The Right Senior Lifestyle Options For You
September 30, 2022

Senior Living Facility In Merrillville, IN: Here’s What The Residents Say
September 24, 2022